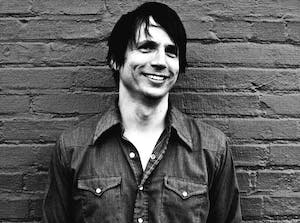 Coming on the heels of Strange Days, his most successful record since his eponymous debut and despite a never-ending cycle of touring, Moore offers a new record of bright, blazing rock-n-roll that combines his legendary guitar prowess with radio-friendly songs that showcase his elastic, soul-inflected vocals. He also founded the artist’s healthcare alliance SMASH (Seattle Musicians Access to Sustainable Healthcare) and has joined the board of NARAS for the Pacific Northwest as governor and head of the advocacy committee.

As always, Ian has his eyes on the challenges faced by musicians of every stripe, having experienced the spectrum of artist successes and tribulations over a nearly 30-year career. “Its a very different climate right now. When we hit a city, it doesn’t matter that i have 14 records, radio hits, etc. The only thing that matters is if we can really show up and leave the people feeling they saw something amazing. Its keeps me hungry, and i like the challenge” says Moore.

You might have been surprised to hear Moore’s songs popping up on major network shows on prime time television this past year; several selections were prominently being featured as performances on both American Idol and The Voice (“Satisfied” and “Blue Sky”).

Moore’s story is often told and probably familiar to most critics; his initial record on Capricorn propelled him to national tours with the Rolling Stones, ZZ Top and Bob Dylan, acting in the acclaimed indie feature “Sling Blade,” and having Ice Cube direct the video for his track “Harlem.”

The Zack Walther Band is an Americana roots rock power band based in New Braunfels, Texas. As versatile as the Texas landscape, the Zack Walther Band can rock the house with high energy, or slow it down with story songs from their life experiences. With Zack Walther on lead guitar, harmonica, and strong vocals, combined with Matthew Briggs’ unique stand-up performance on drums and piano, and Tyler Cannon on bass and vocals, they can entertain any crowd. Three part harmonies rarely go unnoticed by their listeners. Recently they’ve been collaborating with singer-songwriter Mike Atkins on the keys, who often joins in for live shows.

Zack and Matthew have been friends since the third grade, and making music together since junior high. Zack and Matthew, along with other collaborators have recorded nearly a dozen studio and live records over the last 15 years and their music is currently being used on two cable television outdoor shows. They tour around Texas where their fans never seem to get enough.