Get your tickets today for Jake Andrews 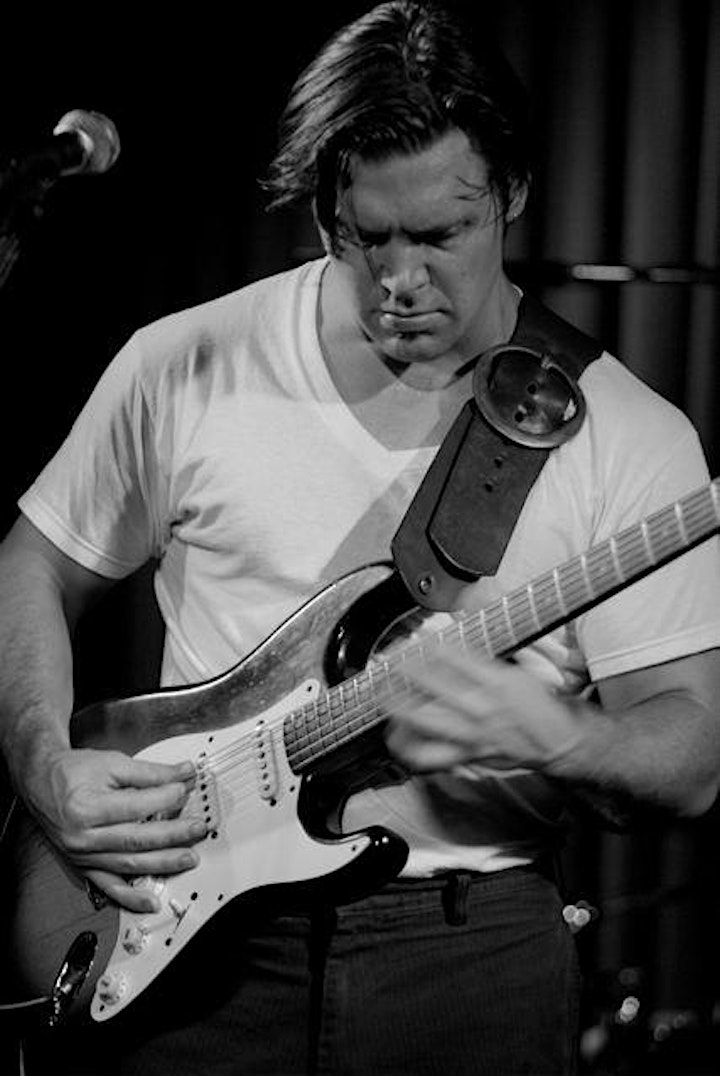 Born and raised in Austin, Texas, Andrews began playing guitar at age 5, taught by his father, John Andrews of the 60's Roots Band Mother Earth. Since the age of 8 he has been trading licks with and opening for such masters as Albert King, B.B. King, Albert Collins, Buddy Guy, Otis Rush, and Jimmie Vaughan, starting at his hometown’s legendary club Antone’s. By his early teens he was wowing audiences and fellow musicians at such premier blues venues as B.B. King's in Memphis and Los Angeles and Slim's in San Francisco. He has performed at major festivals such as the San Francisco Blues Festival and Madison Blues Festival with Ray Charles. Andrews has been featured on CBS, Austin City Limits, Guitar Player, Texas Monthly and Vintage Guitar among numerous other publications.

By the age of 17, Andrews was signed with Jericho Records, a Warner Brothers/Sire subsidiary, and began working on his debut album in Los Angeles. In 1999, he released 'Time to Burn” with producer John Porter (Los Lonely Boys, BB King). Billboard Magazine stated, "Time to Burn's mix of guitar pyrotechnics, fiery vocals and powerful new songs confirms that Jake Andrews is already blazing new paths with the torch he's been passed." The first title single scored a Top Ten Rock Radio hit. Andrews earned the award of "Breakout Rock Group" in 1999 by R&R (Radio and Records). The record was supported with a national tour with artists including the Allman Brothers, The Doobie Brothers, Susan Tedeschi, Boz Scaggs and George Thorogood.

Jake signed with Spectra Music Group in April 2017 to release his newest album “In The Shadows”. The album delivers a 21st century wall of sound-heavy songs and intense vocals make for a powerful, tough, rockin’ guitar heaven. Leaning more towards rock than blues, “In The Shadows” is not for the faint of heart. The title track is tailor made for rock-radio and has the potential to be a breakout hit.

Livin’ in the Grave, Andrews’ fourth solo effort, released March 2011 is an EP featuring two instrumental tracks that underscore his reputation as one of the finest guitar players today in blues and rock. Andrews invited Grammy winning, guitar legend Eric Johnson to be featured on the album. “Solid” is a feast for guitar lovers with 8+ minutes of dueling guitar riffs by Johnson and Andrews.

Andrews is featured on guitar throughout the solo album by Paul Jones released 2009. Paul Jones is known to many as the singer of the British Invasion band Manfred Mann. The Jones album also features the legendary Eric Clapton on guitar on two tracks. One reviewer says, “Andrews is going to awe guitar freaks….his mastery of tone is impressive and he easily slides between hard, roadhouse blues to classic funk…to soul”.