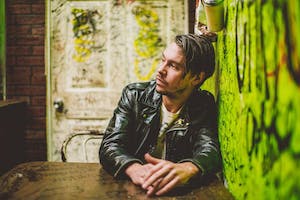 Get your tickets today for Jonathan Tyler

Tickets for Jonathan Tyler are limited and will go fast so get yours today!

Clint Bracher is an American artist, songwriter, musician from San Antonio, Texas. The former front man of a South Texas based Americana band (Emory Quinn), Bracher has continued to write and play now for 20 years.

Forming a band in 2003, Bracher toured with Emory Quinn for seven years, releasing four albums and one EP: Letting Go (2006), The Road Company (2008), Live at Gruene Hall (2010), See You at the Next Light (2010) & Chupacabra (2012). After the band parted ways and a break from touring, Clint returned to the studio in 2016 to begin putting together his first solo album. Later taking time off to focus on personal issues, a new lease allowed Bracher to re-emerge and release his first independent album, See Me Rise (2020).

“Growing up in South Texas, stories and various philosophy tends to follow you around. That coupled with a knack for music, the desire to reach people through sound and lyrics was formed and became a driving force. Looking at life as it was compared to how it is, writing has continued to grow and become a larger part of everything.