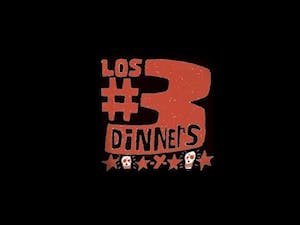 Get your tickets today for An Evening with Los #3 Dinners

Tickets for An Evening with Los #3 Dinners are limited and will go fast so get yours today! 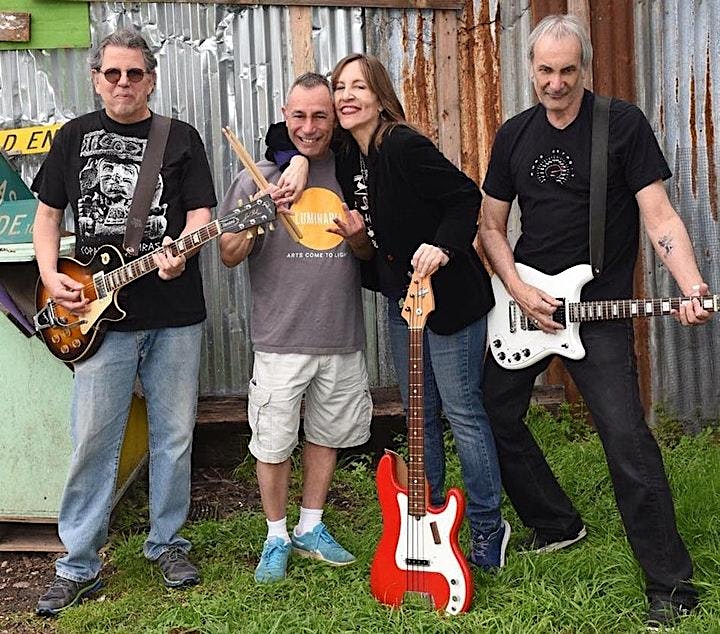 The True or Almost True Story of Los #3 Dinners

Once upon a time, two young pregnant mothers to be lived in the same apartment building. This was the first time Lenny and Bart met, then again at Longfellow Jr. Hi. Years later, Joe, Rudy and George Horner met at Woodlawn Elementary School. Sometime in 1965 Lenny met Joe surfing at Port A. 1966 saw the collision of chaos at Jefferson High School with Lenny, Joe, Bart, Frank, George and Rudy. The common threads of Beatles and Stones and Rock N Roll, riding the bus downtown to Joskes and The Texas Theater, Jefferson Village and Silvey Music Store, driving around and countless other things forged an unbreakable bond. High School parties at various places brought forth guitars, drums and mayhem. In the seventies with some in and out of college and in and out of the army there became a need of creating music.

In the seventies, radio became a format controlled by marketers and not DJs who wanted to promote new sounds. Rock, and music in general, was being segmented into what sold to the masses and thought by the corporate world as a sure thing and that was it. For people, like our group of friends, the music on the radio, with few exceptions, did not speak to them. If we wanted to experience the type of music we wanted to listen to, we would have to make it ourselves. The seed was turning into the weed.

Lenny, with Frank and Rudy, would make cassette tapes of funny songs using different styles of music; rock, blues and reggae. These songs would later developed into the classic songs of Los #2 Dinners (later Los #3 Dinners); which were copied a shared within the group of friends. George Horner, Don Evans and Norman Avila, all young artist, had a gallery called the San Antonio Museum Of Modern Art. The artist invited the guitars players to play for an opening. It was decided the musicians and artist would put a band together. With Don on drums and vocals, Norman on percussions and vocals, George on vocals and harmonica, Lenny Friedland on guitar and vocals, Frank Karpienski on lead guitar, Glen Soladad on bass and Rudy Sanchez on guitar and vocals the band performed garage songs as well as original tunes that featured lyrics about living in San Antonio by Lenny. Someone saw at the opening and asked the group to play a house party. At the house party, someone saw the band and then we were booked at The Friendly Spot. At The Friendly Spot, Bart Nichols replaced Glen Soladad on bass and Los #2 Dinners became an overnight sensation. At that time it was decided that the band would play as long as people would come to see them.

In the early nineties with Jake Perales on drums and Joe Shortt on guitar, harmonica and vocals joined Lenny, Frank and Bart on a side project called The Blue Pralines. The new band was intended to be a blues band. Don and Norman continued to work at their art (George had left earlier to purse a career in the art world). Rudy was performing with bands is Austin. As the Pralines became more popular, the demand for 'Dinners' songs increased and the blues project was abandoned. The Pralines became Los #3 Dinners and shortly Rudy followed in. As time went by, the music kept morphing and becoming stronger as everyone kept getting better as musicians.

Besides writing and performing songs about life in San Antonio, another goal was to play at venues and locations that have special meaning to the members of the band. Los #3 Dinners was the first rock band to play at The Alamodome. The band performed for a small teen fest a week before the Paul McCartney concert. While cheesy, the band chalked it down as a distinction to remember. Other places include the gazebo in Alamo plaza, Rosedale Park, Sunken Gardens, the Zoo, Majestic and Empire theaters, Main Plaza, Hemisphere Plaza, almost every fiesta event including the River Parade, as well as many, many clubs, bars, art openings and happening places. The members of Los #3 Dinners love their town, the places in it and the people that make it special.

Los #3 Dinners started out and a group of childhood friends who have a special bond to each other and just wanted to make the kind of music that wasn't there. They became citizen rockers to fill a void. In doing so they discovered a simple rule, "Don't let life live you...live life". So, there you have it: Los #3 Dinners.