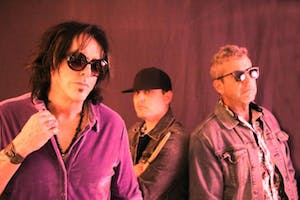 iCal
Google
An Evening with Marc Eric is canceled.

To be in compliance with the Mayor of San Antonio's ban on gatherings of more than 50 people for the next 30 days we are suspending music operations until April 18th at this time. Some shows will be cancelled and others postponed. Check each specific show for details on that show specifically. Tickets for cancelled shows will be refunded in the next few days. Postponed show tickets will be honored at the rescheduled date. If a customer request a refund on a postponed show we will refund that ticket.

Marc’s background in music is accomplished and diverse, having lived in Los Angeles, Nashville, and now Austin TX. Spending 25 years on the LA music scene, some highlights include writing/playing guitar on Graham Bonnet’s “The Day I went Mad” with Slash, Vivian Cambell (DIO, Def Leppard), Tim Bogert (Jeff Beck) and performing with a number of high profile artists including Billy Cox (Hendrix), Kenny Olson (Kid Rock) Savoy Brown, Warrant, and many other notables. On the Film/TV side Marc provided multiple songs for New Line Film’s “High Roller” (with his Music Video “Yesterdays” on the DVD) and has several TV credits include songs written for Joan of Arcadia and Judging Amy, both on CBS.

During his years in Nashville Marc wrote with Nashville hit makers Rich Fagan, Randy Boudreaux, Anthony Smith, Tommy Jennings and Cowboy Troy to name a few, performing all over the Nashville, TN music scene. For the past 8 years Marc’s been playing all around Austin, TX including Poodies, One 2 One club, Skull and Crown and clubs up and down 6th street, as well as One World Theatre; opening twice for guitar legend Robin Trower.