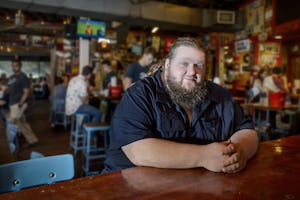 A powerhouse performer with a giant, soul-filled voice and commanding stage presence, Matt Andersen has built a formidable following the old-fashioned way: touring worldwide and letting his stunned audiences and new devotees spread the good word of his righteous tunes all over. And the world has indeed woken up and discovered him, helping him amass over 18 million views on YouTube. In addition to headlining major festivals, clubs and theatres throughout North America, Europe and Australia, he has shared the stage and toured with Bo Diddley, Buddy Guy, Greg Allman, Tedeschi Trucks Band, Randy Bachman, Little Feat, Jonny Lang, Serena Ryder, and more. Andersen nabbed the 2013 and 2016 European Blues Award for Best Solo/Acoustic Act, three Maple Blues Awards in 2012, and was the first ever Canadian to take home top honours in the solo/duo category at the 2010 International Blues Challenge in Memphis. Since the release of Weightless in early 2014, Andersen has received a JUNO nomination for Roots & Traditional Album of the Year, a CIMA Road Gold award, and six Maple Blues Awards for Male Vocalist of the Year.

With a perspective equally influenced by her Texas roots and her Cape Cod home, singer-songwriter Monica Rizzio has emerged as one of the finest talents in the east coast music scene. After a decade with Tripping Lily, a folk acoustic-pop band to which shredded fiddle and vocals, she’s now embarked on a solo career that draws on her East Texas roots for an Americana-tinged flavor of folk. Releasing her second full-length album in the fall of 2019, Monica’s songs are often autobiographical yet delivered through a fictional approach --whether using a trademark sense of humor or with such striking honesty that the pain in her voice is tangible. Her debut album, aptly named Washashore Cowgirl, is a testament to the relationships she has forged with many artists over the years, featuring Raul Malo (The Mavericks), Mark Erelli, Sierra Hull, Abbie Gardner & Molly Venter (Red Molly), Tim Chaisson (The East Pointers), Brittany Haas (Hawktail), and Laney Jones.