Mitch Webb and the Swindles

iCal
Google
An Evening with San Antonio's own Mitch Webb and the Swindles.

Get your tickets today for Mitch Webb and the Swindles.

Tickets for Mitch Webb and the Swindles on sale get yours today! 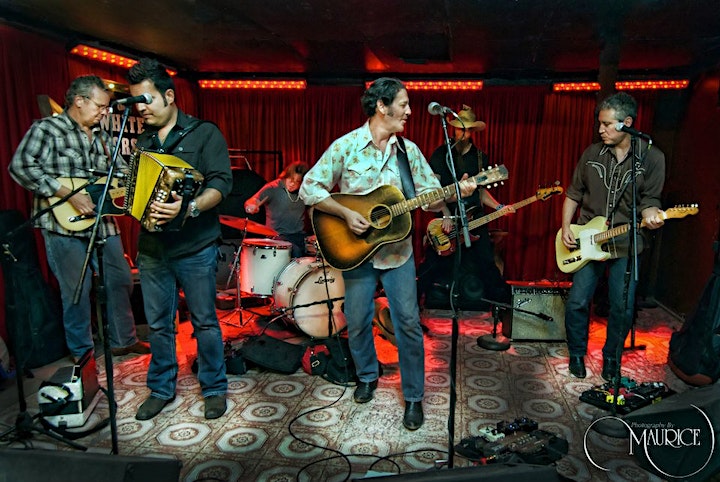 Mitch Webb and the Swindles

We are a small band out of San Antonio filled with great musicians. We have recorded 6 cds, and charted highly in many Americana and Roots reviews. We have managed to carve our own niche from the Americana music scene by embracing the rich musical heritage of San Antonio. This band sounds like San Antonio, a mixture of cultures and generations colliding and embracing each other.

Mitch Webb’s songwriting style comes straight from the roots music melting pot of San Antonio. His band is continually compared to Doug Sahm and the Sir Douglas Quintet and rightfully so. Webb is from the same hometown and plays a special blend of country, rock-n-roll, and Conjunto found only in their region. The Swindles consist of some of the finest musicians the Alamo City has to offer. Webb sings lead vocal and plays the guitar, and is joined by Grammy award winner Joe Reyes on guitar and vocals (Freddy Fender, Flaco Jimenez, Texas Tornados), Chris Dodds (Two Tons Of Steel) on drums, Dave Wasson on guitar, Odie on bass, Ray Symczyk on keys and and bajo and usually either Michael Guerra or Josh Baca on accordion (Raul Malo and los Lobos & Tex Maniacs respectfully). The Swindles' newest 2019 release "Fantastico" will be the talk of radio-town come January 2020.