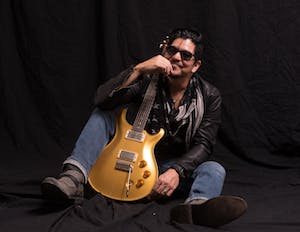 Putting out great music meant finding a producer with equally high standards and the talent to match. It was sheer determination that led Ruben to search out two famed producers. Richard Mullen produced Ruben V’s first three CD’s: In His Hands, Home and Let Me In. Mullen’s previous work included Eric Johnson, Joe Ely, and Stevie Ray Vaughan. Jim Gaines, whose previous credits included multiple Grammy Awards and 4X Platinum work with Santana, Blues Traveler and Stevie Ray Vaughan. The collaboration between Gaines and Ruben produced I AM, Labor of Shame and Come to Me. “Jim pushed me and brought out a more Hispanic flavor than what I had done in the past. He’s an amazing man and I’m blessed to work with him.”