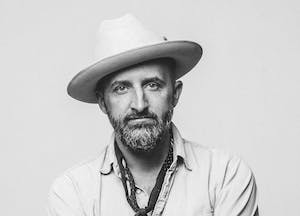 iCal
Google
Seth Walker returns to Sam's with a new album "Are You Open?"

‘Are You Open?’ follows 2016’s critically acclaimed ‘Gotta Get Back,’ a stunning collection that found Walker excavating the roots of his love affair with music by reuniting the family that first sparked his fire as a child. That album traced its origins back to Walker’s native North Carolina, where he grew up on a multi-family commune and studied classical violin and cello before ultimately discovering his passion for soul, jazz, blues, and folk. He’d go on to deftly mix all those genres and more in his work as a solo artist, organically building up a celebrated two-decade career that’s earned him praise everywhere from The Washington Post to NPR, who hailed his "hard-driving" songs and "sweet tenor," in addition to landing him dates with The Mavericks, The Wood Brothers, Raul Malo, Paul Thorn and Ruthie Foster, among others.