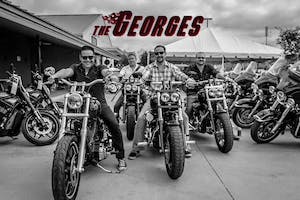 The Hayride Hop with The Georges CANCELED

iCal
Google
"The Hayride Hop" with The Georges is canceled.

To be in compliance with the Mayor of San Antonio's ban on gatherings of more than 50 people for the next 30 days we are suspending music operations until April 18th at this time. Some shows will be cancelled and others postponed. Check each specific show for details on that show specifically. Tickets for cancelled shows will be refunded in the next few days. Postponed show tickets will be honored at the rescheduled date. If a customer request a refund on a postponed show we will refund that ticket.