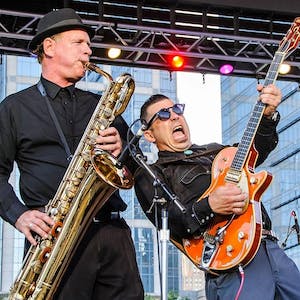 Get your tickets today for The Hayride Hop with The Octanes!

Tickets for The Hayride Hop withy The Octanes are on sale now. 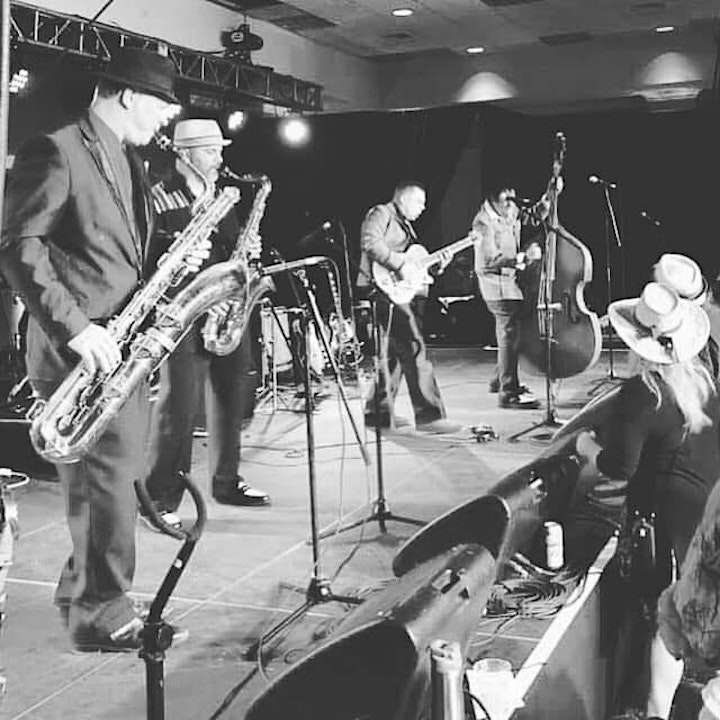 The Octanes", hailing from Austin, Texas are one of America's premier roots/rockabilly bands. Fronted by guitarist Adam Burchfield, who has been proudly endorsed by Gretsch Guitars in 2013. Nominated in 2011 Best Americana, 2010 Best Roots Rock , by The Houston Press, and Best Bass Player 2010 & 2011! Consisting of: Adam Burchfield (Guitar, Vocals) , Kevin Skrla (Upright Bass) Kevin “Snit” Fitzpatrick ( Drums), and Clint Boyd (Saxophone). The Octanes play mostly original material, heavily rooted in hillbilly, while revving up the traditional sound with driving rhythms, and a big guitar sound. Their highly anticipated "Roots, Rock, and Romance" was released with rave reviews. Including Vintage Guitar Magazine, and a "Best of the Rest" pick by the Austin Chronicle.

The Band is currently touring behind their vintage inspired vinyl-only release “Trail Dust” , which features a more sax-heavy 5o’s vibe, along with the familiar Octanes twangy guitar sound.

The Octanes have shared shows with the likes of: Wanda Jackson, Southern Culture On The Skids, Reverend Horton Heat , Lee Rocker , Candye Kane, The Nekromantix, The Phantom Rockers, Pep Torres, Mack Stevens, and The Chop Tops, just to name a few. Gretsch endorsed guitar player, Adam Burchfield has toured the U.S. and Europe with regional and International artists (Sonny Boy Terry, Coal, ) and has shared the stage with the likes of Billy Gibbons, Chris Duarte,and Gary Primich. Kevin Skrla is a multi talented musician playing Upright Bass and phenomenal steel guitar, Kevin blends superb musicianship with a high energy stage presence. Kevin “Snit” Fitzpatrick is considered roots rock royalty, breaking alt-country ground with “The Hollisters” , and many heavy hitters of rock and roll. He brings a steady rockin' beat to the band, always lookin' sharp with no a holds barred energy behind the kit! -